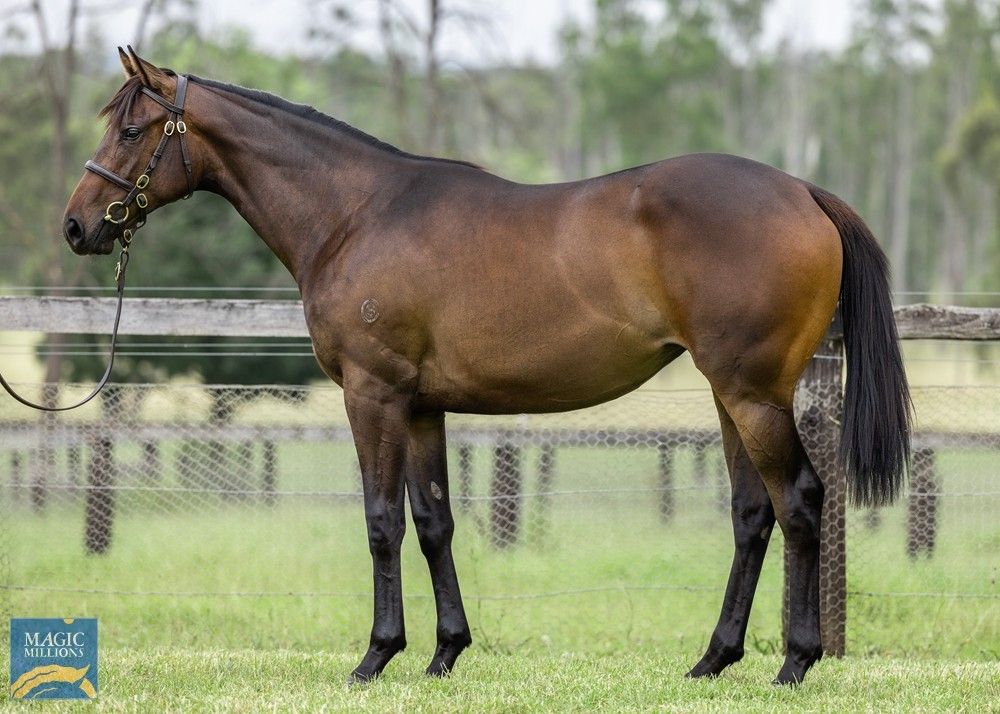 Our first purchase at Magic Millions was on day 2 when bloodstock agent, John Foote loved an Almanzor filly in which he purchased the mare 4 years ago in the Tattersalls sale in the UK for the Lindsay family at Cambridge Stud in New Zealand. This filly has a huge pedigree and is by an exciting stallion whose first two progenies have sold extremely well in Australia and New Zealand over the last two years at an average of $265,000.

Almanzor was a champion on the track and had 8 wins, 3 of those as a 2YO including the Chantilly Prix du Jockey  Club Gr1. He is by super sire Wootton Bassett and as stated earlier his progeny have been selling for insane prices. This fillies dam, Phenetic is by Zamindar and he is one of Europe’s leading broodmare sire, including the great Kingman who is out of a Zamindar mare. Phenetic has black type all through her page and her grand dam ran 4th in Gr1 and the 3rd dam produced a Gr1 winner so this filly already has residual value as a broodmare.

The confidence of trainers in Almanzor is unrivalled and plenty of the top trainers were buying them this week, clearly off the back of the opinions they have on their purchases last year. Australia’s top trainer, Chris Waller purchased 3 of the top 25 purchases by Almanzor and he was the under bidder on this filly also.

She will have a break now at Washpool Stud in Queensland and not be pushed along early, she will be educated in 8 weeks and we will leave her in Queensland through the early winter and she can be pre trained up there also and return to Melbourne in August. We have engaged the services of Mick Price and Michael Kent Jnr to train the filly and she will get every chance to be aimed at the Thousand Guineas and VRC Oaks in 2023.

Check out the video below with John Foote and Mick Price having their say on this gorgeous filly.