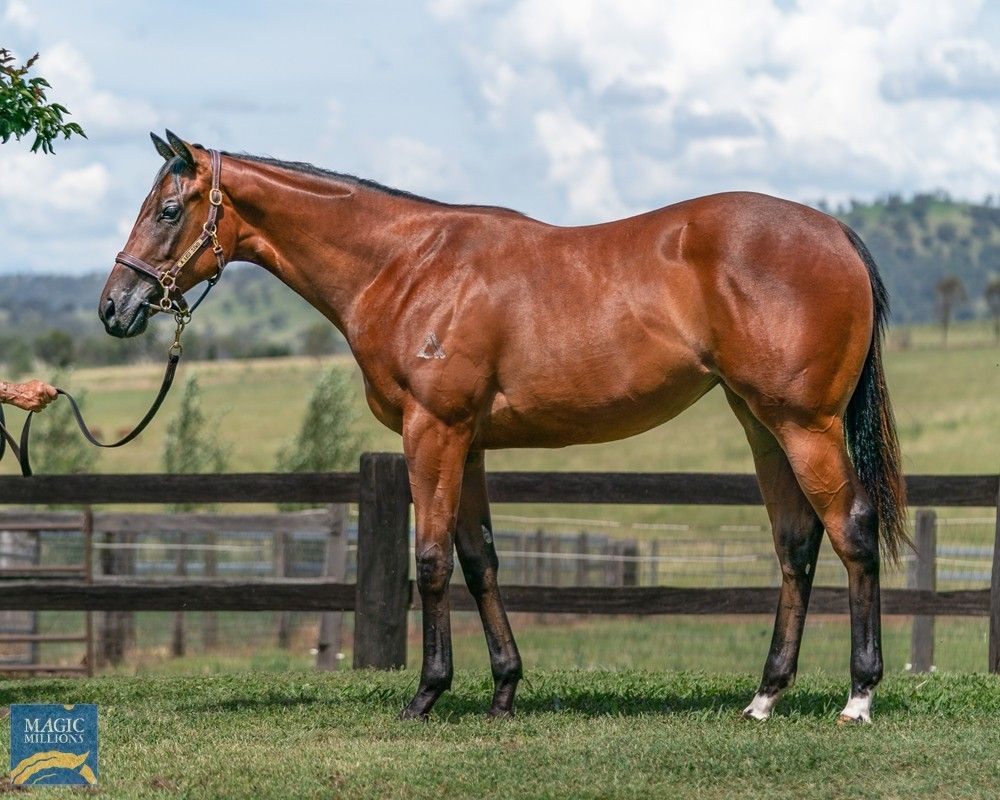 Day 6 of Magic Millions sale saw the start of Book 2 and we were hoping a bit of the heat was to come off the buying frenzy that was Book 1. Luckily for the team we did see a dip and we charged Jeremy Rogers with the task to find us the nicest filly of Book 2. He fell in love with lot 985 a wonderfully athletic filly by Hallowed Crown and while the sire isn’t the talk of the town at the moment he has thrown Gr1 winner Collette and is striking above 55% winners to runners. Jeremy saw this filly early on in his inspections and she became the yardstick for every other inspection and when reviewing all Book 2 she was clearly the standout.

She is an August foal and is well developed, she is also the first foal of her dam, Singing Sand by Poets Voice who won 3 times. While she doesn’t look like a pre Xmas early type of 2YO runner, we think she will be a late 2YO early 3YO. The filly has been taken to Washpool Stud with our other Magic Millions purchases, she will have a little break to get over the sale and start her education in 4 weeks time. The plan will be to give her as much time in Queensland as possible to avoid bringing her back in the cold of a Victorian winter.