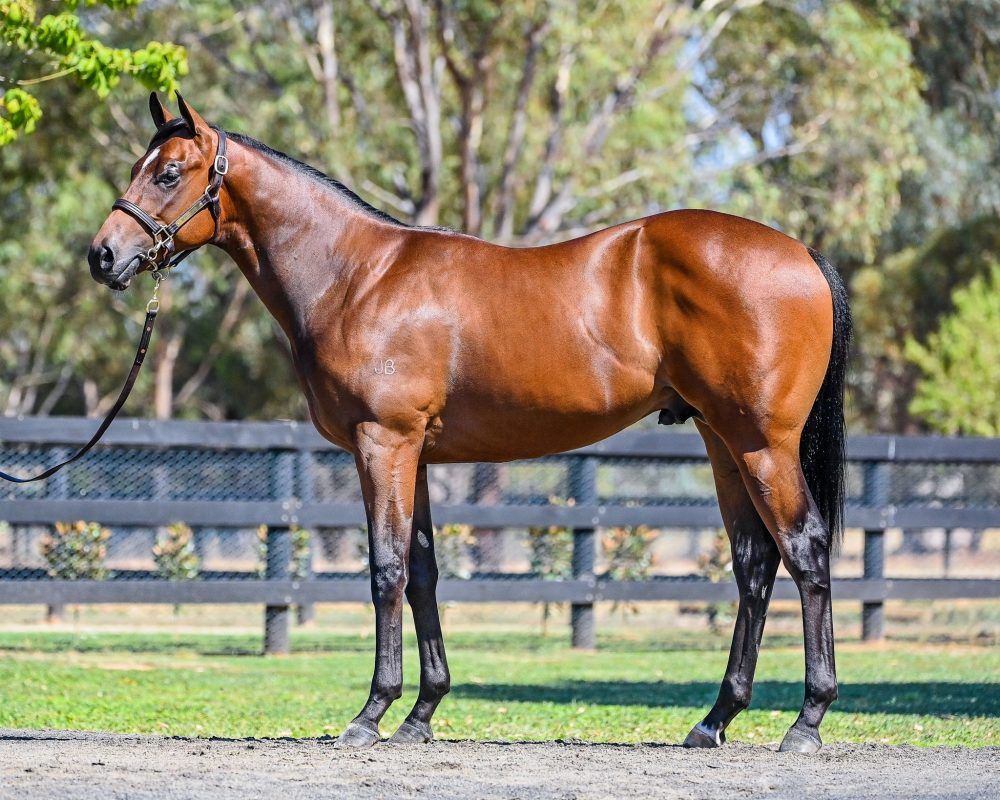 The RTD team got off to a flying start at Inglis Premier Sale on day 1 securing Lot 8, a strong Invader colt purchased from Northmore Stud. Our bloodstock agent, Jeremy Rogers has spent the last 3 weeks looking at all horses in the sale and we were armed and ready to go early. This colt ticked all the boxes for Jeremy and the RTD team.

This colt certainly looks like an early runner, you just have to look at his physique and you could nearly throw a saddle on him right now. He has a huge hind quarter, strong shoulder and huge girth. He just looks like an athlete who is ready to go. His pedigree also suggests he will run early being by Group 1 winning sire Invader who was the joint champion 2YO in 2016/17. Invader’s first 2YO’s have hit the ground running in 21/22 and he already has 4 winners from 8 runners and is in the top 10 first season sires list.

The colt’s dam Katiet is by excellent broodmare sire Mossman and has had 3 horses to the races for 2 winners from moderate stallions. Her 2nd dam Trezevant was an excellent race mare winning the Group 2 Light Fingers Stakes and the 3rd dam Tennessee also a Group winning mare but also produced 8 winners including 4 stakes winners and being closely related to Group 1 winner Malaguerra.

With looks like this colt and a strong pedigree he will be educated in the next two weeks and be on a path to be an early running 2YO. 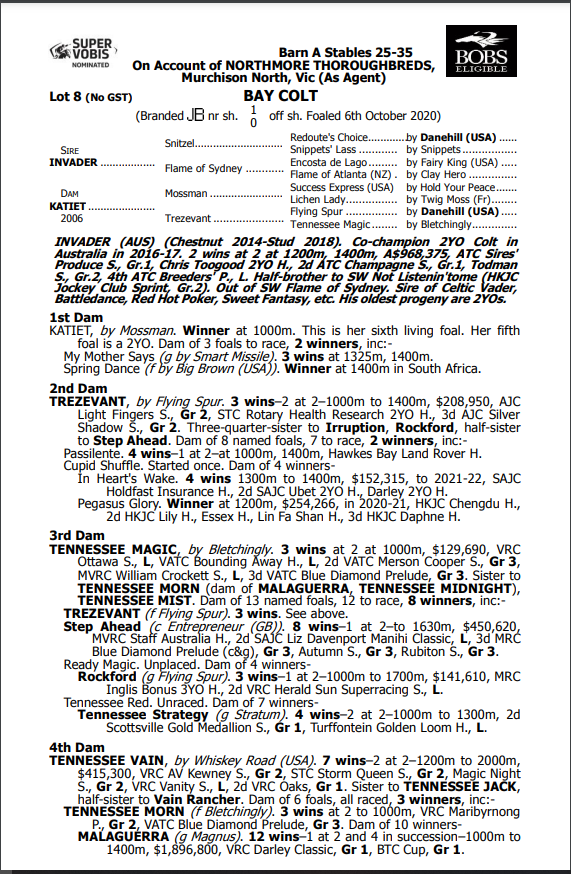