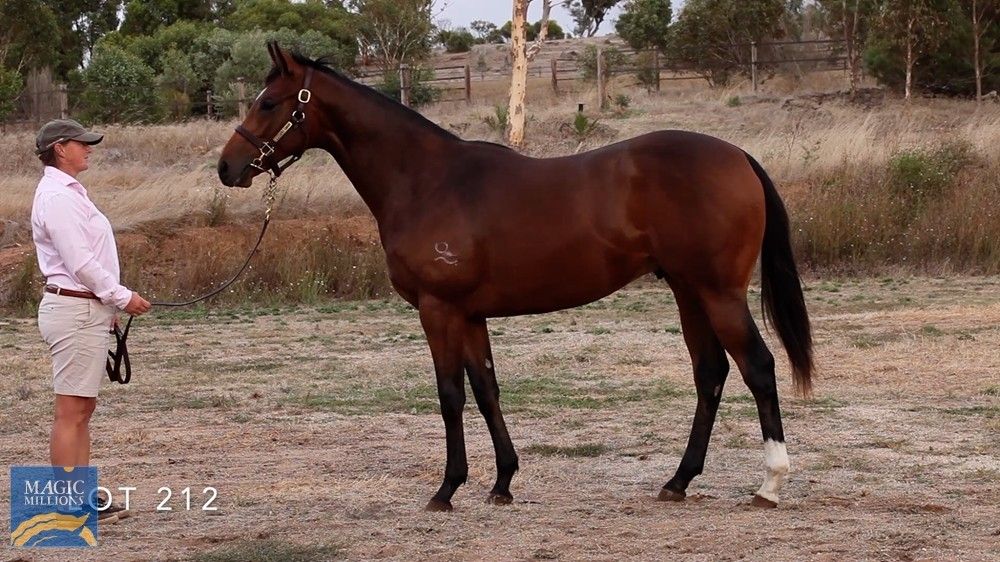 Check out this cracking colt by Santos, he was purchased at Magic Millions Adelaide sale a few weeks ago.

Santos was a regally bred colt by I Am Invincible, and now he has produced this forward colt who Jeremy Rogers couldn’t stop looking at. Santos won the Group 2 Skyline Stakes and the 2YO Pierro Plate which is known for producing top line stallion prospects.

His dam Lieoftheland is an unraced Irish mare who has had one to the races, a Frankel gelding who won over 2000m. The mare’s grand dam is by Danehill and she has produced Group 1 winner Magic Hurricane who won a Metropolitan.

Plenty to like about this colt and he looks an early running type being an early August foal, he will go to young gun trainer, Andrew Bobbin at Stawell. 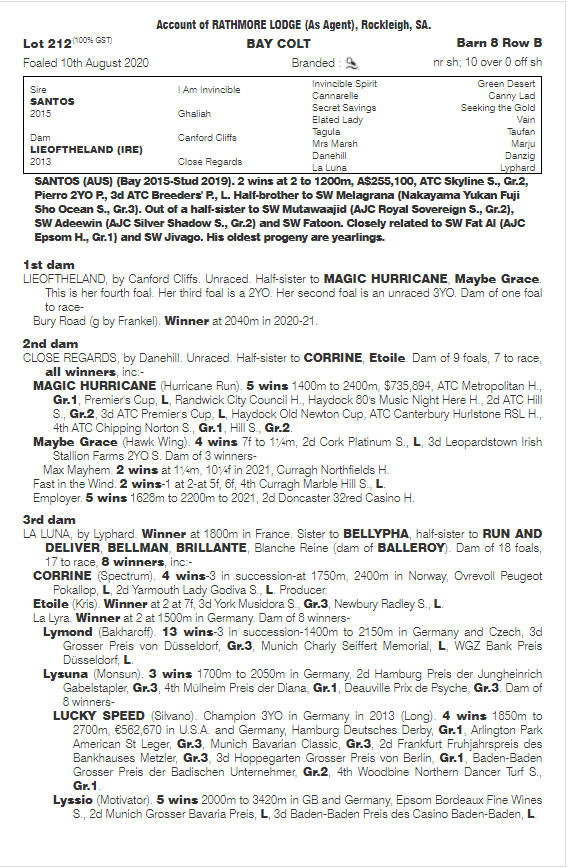