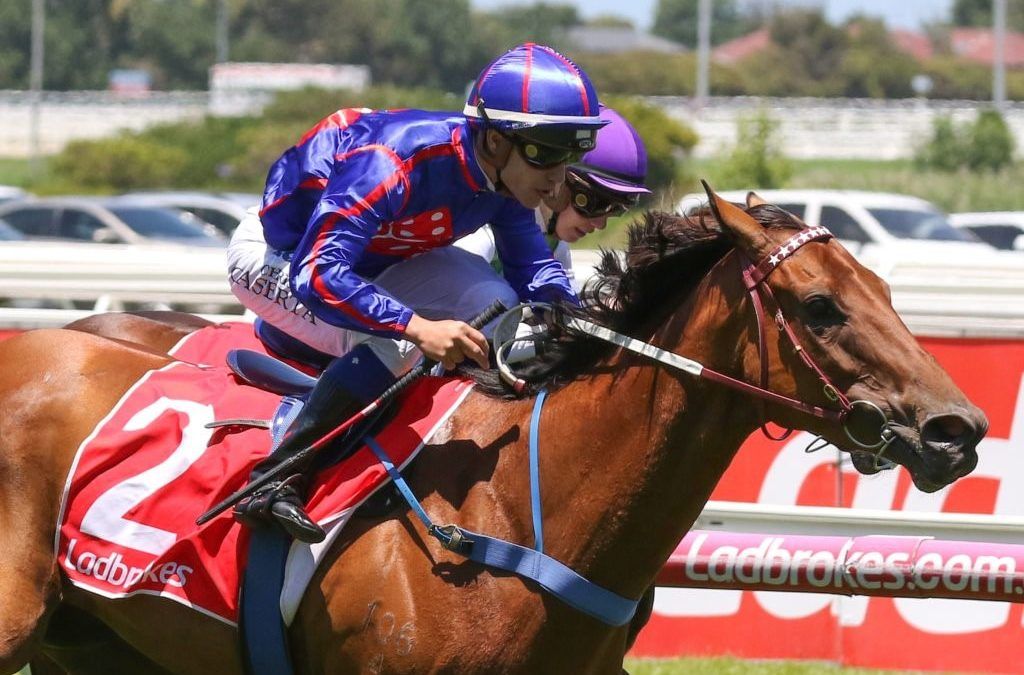 It was a red letter day for RTD at Caulfield last Saturday. Our ever consistent mare Twitchy Frank was too good for her rivals in the Vobis Gold Distaff. Starting a warm $3 favourite the daughter of Choisir lead throughout and held on in the final 50m to claim the rich prizemoney and generous Vobis bonus.

The winning didn’t stop there as an hour later we were all glued to the on course screens watching on as Artie Dee Two took care of his rivals in the $100k 1300m race. Brilliantly rated by Clayton Douglas, Artie sat mid field off a very strong pace and came into the race around the turn. He finished the race off strongly to score by the narrowest of margins and in the process set a new track record on the Morphettville Parks track. Artie has been nominated on Thursday for the Warrnambool carnival 1400m Handicap, while Twitchy Frank is heading to the paddock for a very well earned rest.