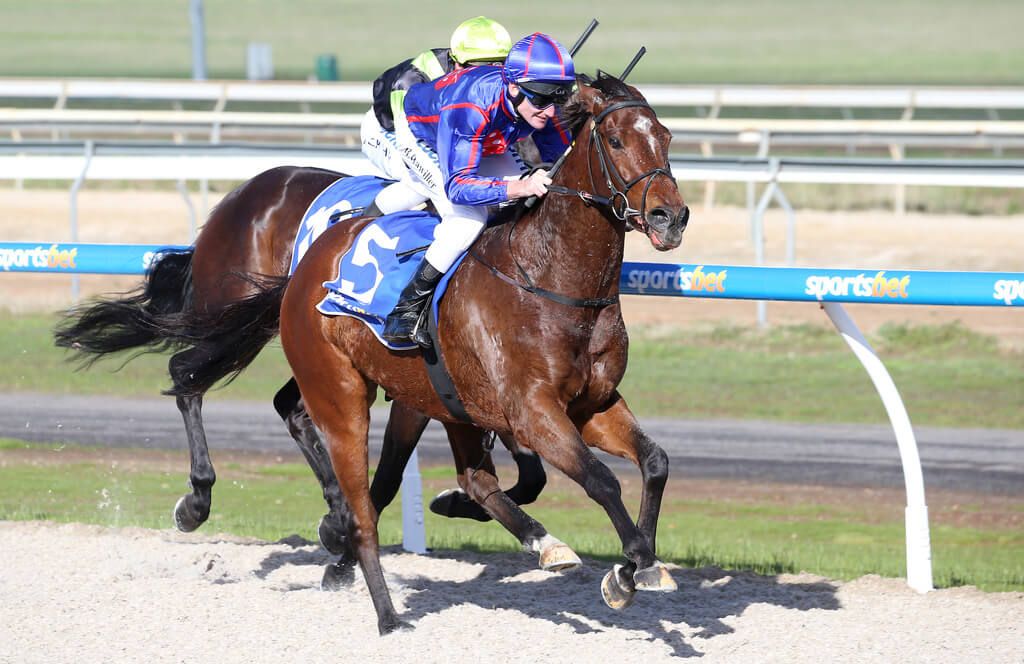 On Thursday Dee Jay Artie wore the black shorts at home at Ballarat and scored a nice win on the newly laid synthetic track. Trainer Mitch Freedman is having a lot of luck     on the new surface and RTD have had two winners on the synthetic in the last month with Mitch. Jockey Brad Rawiller took the ride and again the barrier gods were not kind to us. Brad hooked him to second last from the gates and we were blesses with early speed early on. Coming to the 600m Brad got on the back of the Simon Wilde horse that took him into the race beautifully as he was building momentum without spending too much energy. As they straightened Brad angled the horse out who looked to have them covered quite easily. Although winning a half length Brad commented that he looked around a bit and he would have liked him to put them away a bit easier. It was a good win for his patient owners and lets hope he gets some confidence from that run and can string a few together. We will see how he pulls up in the next day or so before deciding where he goes next.