Ayrton revs up for Spring 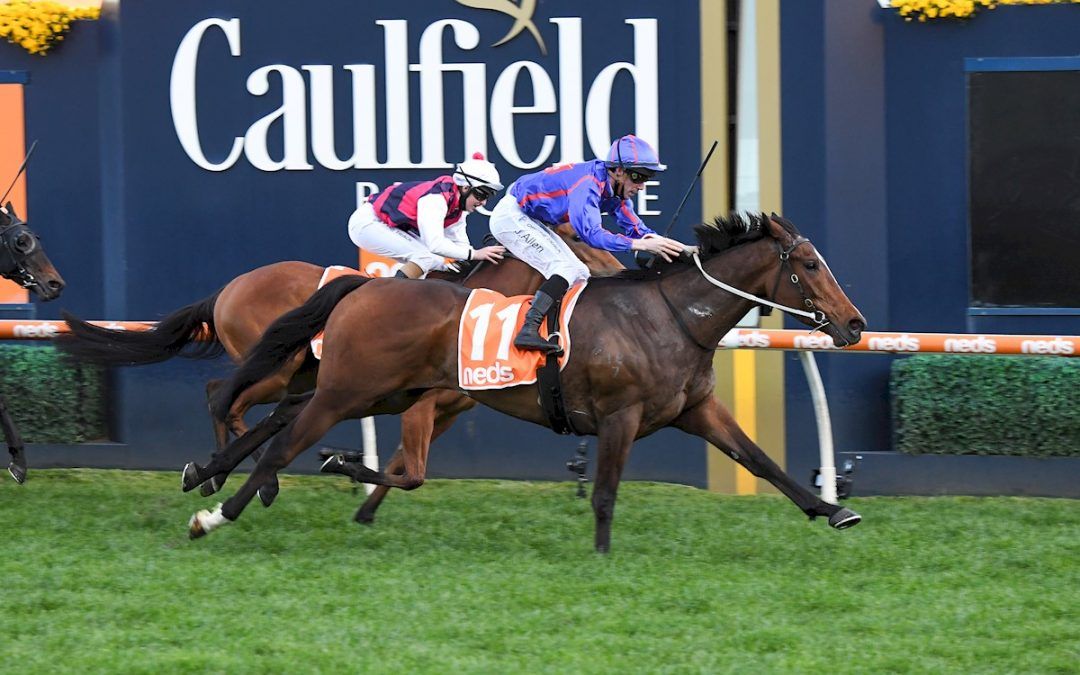 It was a very good return to racing for the exciting 4YO gelding Ayrton who kicked off his spring campaign with an impressive win at Caulfiled on Saturday.. While many good judges were wary of taking the short odds first up off a short break, Ayrton proved just too good for his opposition winning by a small margin over the inform King Magnus.

With a few hiccups having to find a replacement jockey late on Thursday night, the much loved and highly rated John Allen was the obvious solution and was confirmed Friday morning. The race itself panned out perfectly as there was plenty of early speed and Johnny allowed him to settle in the back half of the field after stepping away slowly. Coming to the 600m as the race started to hot up Allen got Ayrton out 4 and 5 wide and his sectionals from the 400m to 200m was electric as he gobbled the leaders up quickly. King Magnus had the charmed run on the inside and with a light weight of 51kgs gave a great kick. Allen again asked for another effort in the final furlong and Ayrton did just enough to win by half a length.

The horse ha pulled up so well and spent Sunday morning at Mordialloc beach, having a wade in the cold sea water. Trainers Mick Price and Michael Kent Jnr will not plot a path to the Golden Eagle either via the Sofitel Stakes 1400m Listed race at Flemington in a fortnight or we may raise the bar and head to the Group 1 Rupert Clarke Stakes at Caulfield in 3 weeks.