Copperfield weaves his magic 1st up at Ballarat 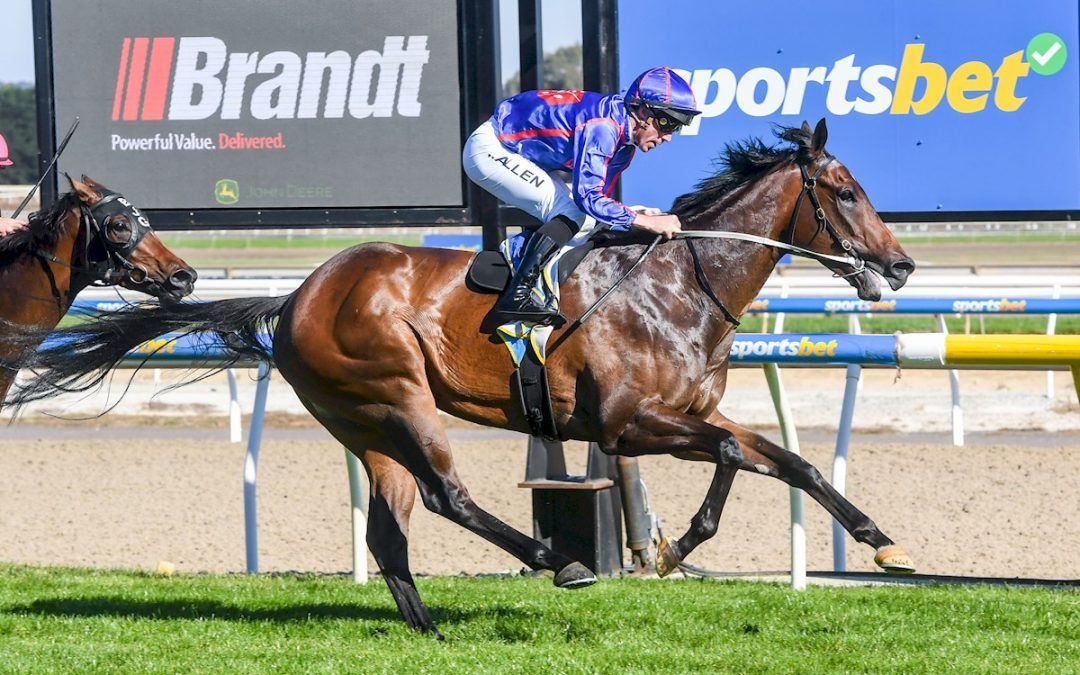 Copperfield made his return to the track in a maiden over 1400m and he was very impressive winning by a length. With one of RTD’s favourite jockeys, John Allen, in the saddle, the 4YO son of Per Incanto jumped well from the barrier and went forward to control the race in the early stages. He then allowed one to go around and take up the lead and John had him off the rail and one out, and coming to the turn he was travelling like a $1.50 pop. It did take him a few strides to get into top gear but when he did, he put a couple of lengths on his opposition. He did switch off over the last 100m and star gaze somewhat and Johnny mentioned it. Trainer Mick Price was very happy with his first up performance and we will take him through his grades and head to a BM64 in a couple of weeks.
Congratulations to all of his patient owners and there is no doubt the now seasoned 4YO is ready to repay the faith we have shown in him and we expect he will be making his way through the grades very quickly.