Get In The Queue did just that at Benalla Monday 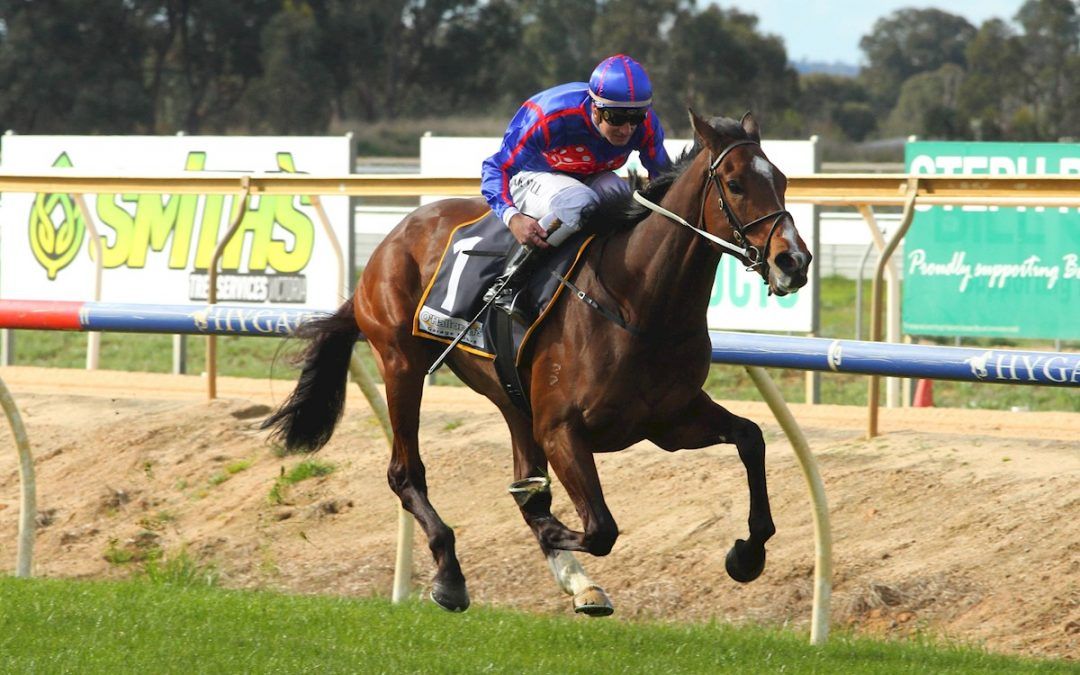 On Monday at Benalla we witnessed a terrific training performance from Mick Price and Michael Kent Jnr in getting Get In The Queue back to the races in such great condition. He had a little let up after a scope to check his breathing following a poor run at Sale last start.

Returning to 1600m after a month off was going to be a big task but the huge gelding jumped well from the barrier after playing up early and jockey Jack Hill allowed him to roll to the front and sit outside the leader after 600m. From there Jack rated the gelding beautifully and he kicked 4 lengths clear on the turn. With the race well and truly won Jack eased him down on the line for an impressive 2 length victory.

Clearly he likes to bowl along in front or on speed and he was very strong through the line. We will now step him up in class and we may even look to stretch him out to 2000m in the coming weeks.