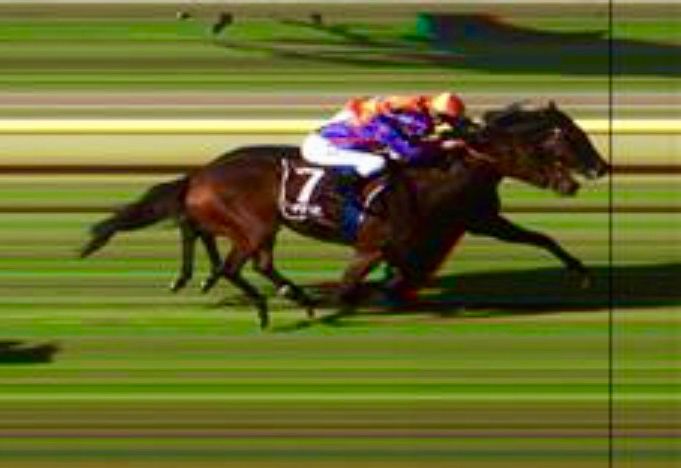 La Falaise nearly made the perfect start to her racing career at Wodonga yesterday in the Jack Maher Classic. Having her first start she missed the jump slightly and railed up to sit in a nice spot 4th on the rails. The leader Dissedge drew wide and was able to get across relatively easily and controlled the race with a slow down from the 700m to the 500m in which our horse lost all of her momentum. Coming to the turn she got off the leaders heels but her immaturity cost her in that she wobbled slightly and it took her 50m to get going. unfortunately by that stage Craig Robertson was off on the leader and while our filly savaged the line the straight simply wasn’t long enough.

It was a biter pill to swallow as the race carried Vobis and Vobis Gold bonuses which would have seen $40k prize money drop in for the unlucky owners. Nonetheless we have a really nice filly moving forward and she will now be aimed at the Elvestroem Classic on Day 1 of the Swan Hill carnival on Queen’s Birthday weekend.