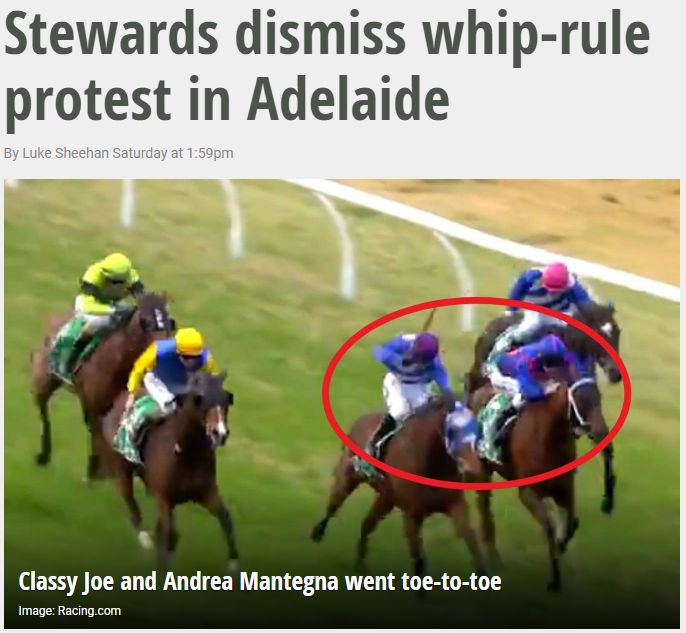 In what was a much talked about result, Andrea Mantegna ran a gallant second in Adelaide on Saturday, to Classy Joe. The controversy arose when the jockey, Jeffrey Maund, struck his horse 23 times during the race, 11 times more than what is permitted, and took out the race by 0.1 lengths. Breaching the whip rule usually incurs a fine from stewards, however, due to the magnitude of the breach, and the slim margin, we spoke to trainer David Jolly and raised a protest. While it would have been a landmark decision, and set a precedence for the racing industry, the stewards did not believe the breach warranted taking the race off Classy Joe’s connections. While this was not a listed race, it raises the question of what happens when it is, and there are huge sums of money at stake. Let’s hope the powers that be make a blanket rule across all jurisdictions to introduce heavier penalties than just fining, or even suspending, the jockey as it is clearly not enough of a deterrent.