Mount Madeira gets the job done at Echuca 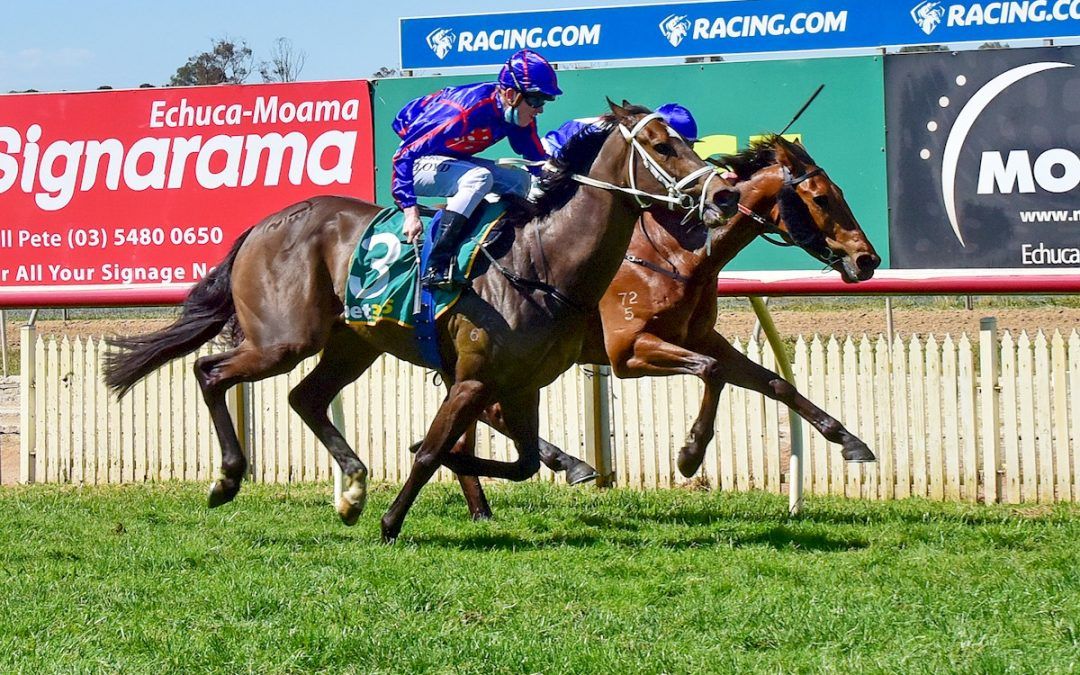 Two winners in two days for the Roll the Dice Racing team, this time with Mount Madeira finishing strongly to score narrowly in a BM58 at Echuca on Monday. The lightly raced son of Redwood has come back very well this preparation and after an even first up run he was primed to go second up.

Apprentice jockey Jaden Lloyd got him into a lovely spot after jumping from the nice barrier and he sat behind the leaders and travelled very well. Coming to the turn he lost a bit of momentum but was closing on the runaway leader. He nearly threw it away by laying in with 100m to go but the young apprentice straightened him up and he was too strong winning by a neck.

It is great to see the horse back in the winners stall and Trent and Natalie have done a great job with him after an adventurous 3YO season. Let’s hope this is the start of stringing a few wins together. Congrats to all his owners and onwards and upwards.