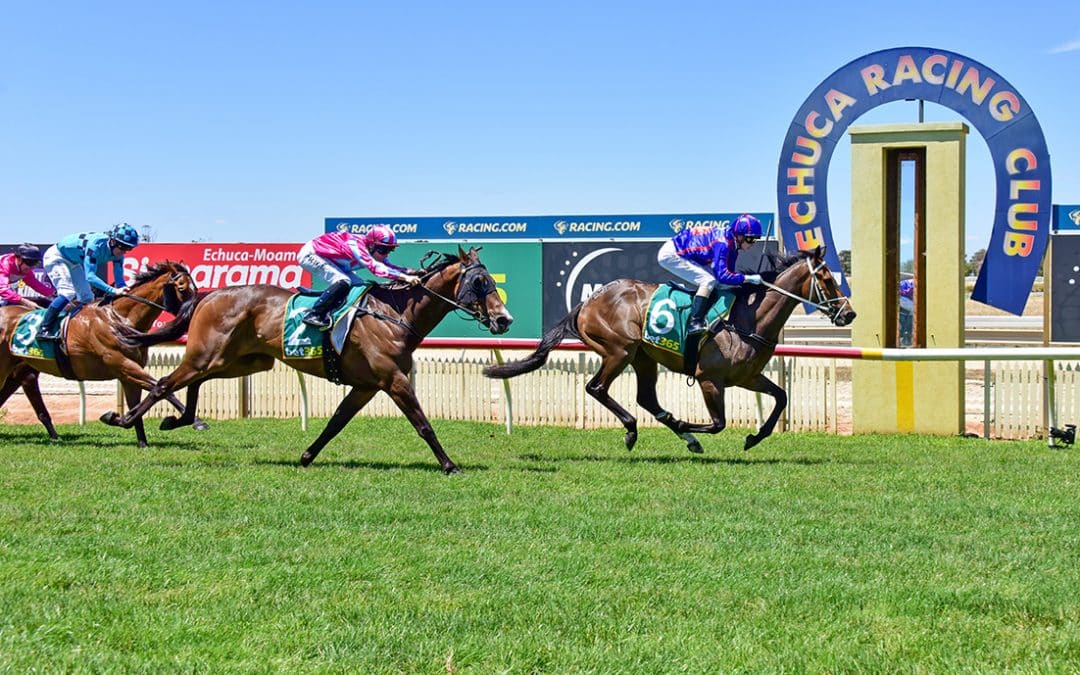 It was a great day for owners of Mount Madeira who went to Echuca yesterday hoping to see an improved showing from the 3YO gelding after his encouraging first up run on Bendigo Cup Day. The query from Trent and the RTD team was the 5 weeks between runs and a nasty little cold that held him back from any serious gallops for 10 days. Clearly waiting the extra couple of days and going to Echuca was the right call from Trent and Natalie and as it turns out he was just better than the competition.

The race didn’t really pan out as we thought and jockey Harry Coffey was forced to go back off a really solid tempo in front. Coming to the 600m you could see the horse had plenty to offer but being so far back at Echuca is not the best place to be and will he run out time and condition considering his 5 week break. That was all put to bed quickly as Harry clicked him up rounding the turn and he picked them up in a few strides and with 100m to go he had his ears pricked and was looking around at the photo on the line.

It was a very encouraging 2nd up run and he is progressing nicely. Congratulations to the big team of owners, Rob from RTD was on track and there was plenty of celebrations after the race. Trent and the RTD team will now aim to take him through his grades and find a BM64 race in the next fortnight and we think there is more room for improvement with him.