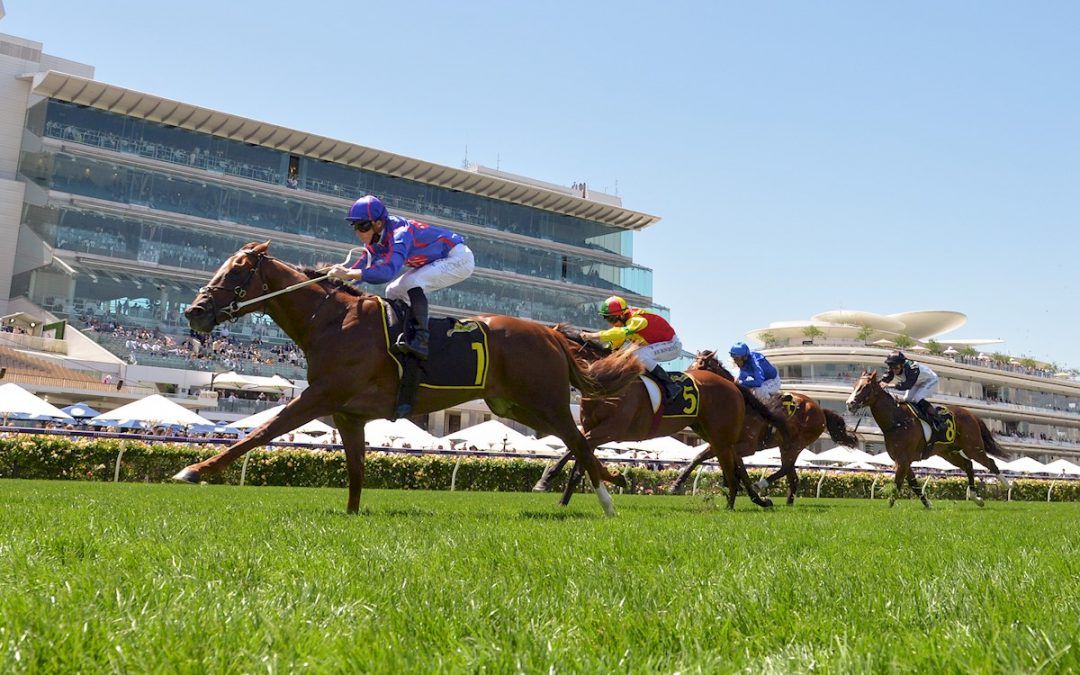 On Cup day Profiteer lined up in the Schweppervesence Plate, a 3YO 1000m straight race. With a huge national television audience, the colt didn’t let his owners down with an awesome display of speed. From the gates, jockey James McDonald rated him perfectly as he was joined a couple of pairs out by Direct. Coming to the 600m he was racing generously without over doing it, and coming to the last 200m he was full of running to clear out by 2 lengths to win comfortably. It was what the team wanted to see and he is now 2 wins from 2 starts down the straight. He will now have a short break and be aimed at the Group 1 Lightening Stakes over 1000m down the straight at Flemington in the autumn.