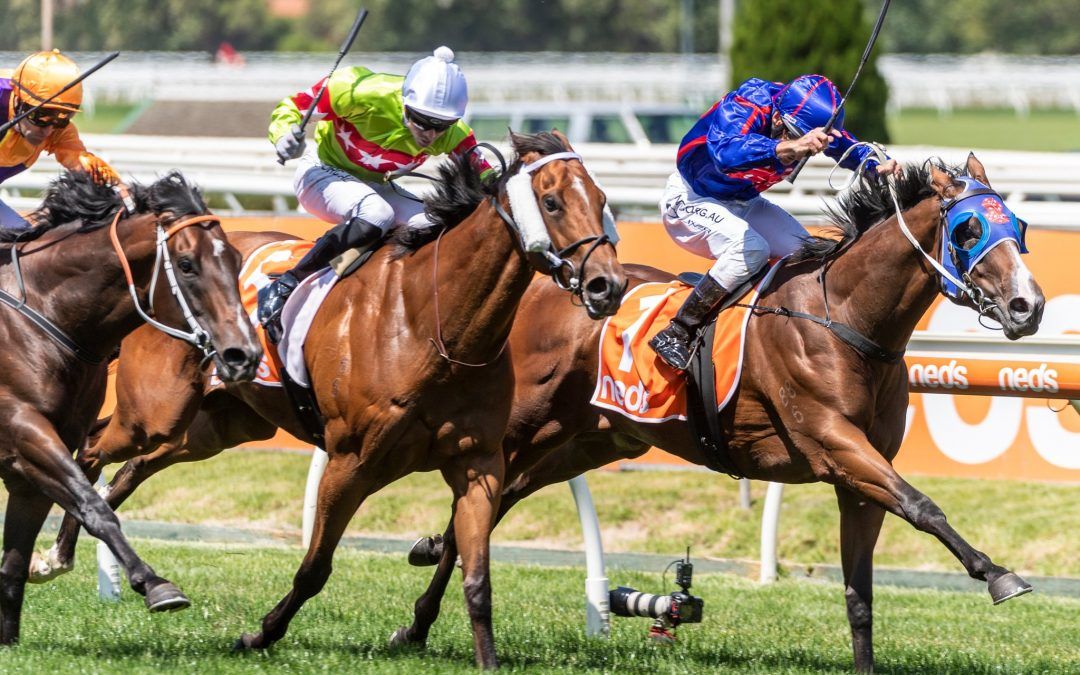 Above – 10/10 ride by Damien Oliver on He’ll Haunt Us to win the Group 3 Sedative Stakes at Caulfield on Saturday.

One of the Autumn’s biggest racedays was at Caulfield today for the time honoured Blue Diamond Stakes. With three Group 1’s, three Group 2’s, and two Group 3’s the scene was set for a great day of racing. Roll the Dice Racing were represented by the improving 3YO gelding,  He’ll Haunt Us in the Gr 3 Sedative Stakes and stable favourite Anjana resuming in the hot Gr 1 Oakleigh Plate.

He’ll Haunt Us was sent out a $10 pop after his impressive win at the Magic Millions Maiden on the Gold Coast last month and there wasn’t a lot of support for him pre race. He jumped away well and champion jockey Damien Oliver allowed him to sit behind the speed and he travelled well but wanted to go a little faster with the slow speed. As they cornered the leaders kicked away and he was left a little flat footed. Over the last 100m a run on the inside presented and Damien commented that he was a little reluctant to want to take it, but when persuaded he took the gap and finished too strong for his rivals.

It was a great effort by the horse and he will take a lot of benefit as he improves his record to 4 starts for two wins and one third and over $250k in prizemoney.

later in the day the Oakleigh Plate was run over 1100m and as was the pattern of the day our bonny mare Anjana was forced to travel wide off a hot speed and was a long way out of her ground. The pleasing aspect of getting her back to the track was the way she finished off the race. She ran the third fastest last 200m of the race and trainer Lindsey Smith couldn’t have been more happy with the way she has come back.

Congratulations to all the owners of both horses and we look forward to bringing you up to date with how both horses have come through the race and which races they will be targeted at next.